As per, we are giving you this week’s hottest UK startup jobs, although this week we have exclusively London startup jobs. We’ve been talking about the changes to Facebook Dating, Instagram like-hiding and digital detoxes. Check it out! […]

Facebook’s F8 developers’ conference has reignited the discussion about online welfare and wellness in the age of social media (we’re as shocked as you are!)

The debate’s kick-off point was Instagram announcing details of their experiment into ‘Like-hiding’ in the Canadian market. The modified functionality allows users to still view “Likes” if they choose to, but it reduces the prominence of such “validatory” features, (hopefully) keeping eyes on the content itself and boosting user wellness. So you can like that picture of a cat without giving a stuff who else has, or post your own cat and not be reminded that the neighbour’s cat is supposedly three-times more popular! Don’t worry though, your cat’s great…

This move to protect against “toxic envy” was somewhat undermined by Facebook revealing features that could induce “toxic lust.” Of course we’re referring to the new ‘Secret Crushes’ feature added to Facebook Dating, which allows one to covertly mark which of your facebook friends the user would like to… get to know better. Without delving into the value of dating one’s friends, we wonder whether a feature designed to mark physical attractiveness in members of your social network does a great deal to circumvent envy online. Others meanwhile have questioned whether we should even be concerned with toxicity online, and instead just crack on and develop better tools to enjoy it. We’re not overly worried about “Likes” at Work in Startups, being far more concerned with getting the best talent into UK startups… but of course we won’t say no if you follow us on facebook and twitter!

Instagram has been conducting an experiment in Canada to hide likes in order to boost wellness in users.

Facebook Dating have announced new functionality to mark which of your friends you find attractive.

Why it’s high time you ditched that digital detox nonsense

Some say we should develop new ways to enjoy technology without being overwhelmed by it instead.

These are the startup jobs we ‘like-like’ this week: 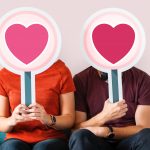 As usual, we are providing our weekly rundown of cool startup jobs, with just a hint of interesting industry news. We’ve been really interested in the some “seemingly counterproductive” business model tacts from your favourite dating and social giants! Read on! […]

You may have been lucky (unlucky?) enough to have received a rather slick email announcing the Hinge dating app redesign last week. It heralded a new UI and business model: Hinge officially want you to delete Hinge… after finding the love of your life, of course! The “app designed to be deleted” may seem a little counterproductive on the face of it, but it’s a marketing plug that seems to be making some headway. Twitter has also been embodying the adage of “doing more with less” as they eked out promising advertising sales in Q1 despite a drop in their overall user count. No matter what Donald Trump may have to say on the topic, it would appear Twitter’s efforts to clean up their act have gone over well with consumers, or “Daily Active Users” to use the parlance. This model of appealing to a smaller, loyal client base by clamping down on internet nastiness seems to have also struck a cord with Apple. CEO Tim Cook not only introduced a range of features to promote “digital wellness” at the WWDC, but also heavily advocated switching off push notifications. Effectively: aiming to get people off their iPhones.

Call it being a responsible internet citizen or creative frugality, the bottom line is the same; less is more when it comes to tech strategy in 2019!

Hinge redesigns to get people off dating apps

The recent Hinge redesign is aiming to get people off dating apps and into long-term relationships.

Twitter is proving you can monetize smaller pool of users

On Twitter’s recent turn-a-round, and increased earnings with a smaller user base.

Tim Cook wants you to put down your iPhone

Apple CEO Tim Cook unveiled a suite of ‘wellness’ apps to reduce the amount we use our iPhones.

These are some of our favourite startup jobs this week: