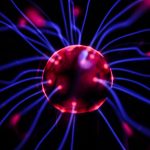 This week on the weekly brief we are discussing sweaty sensors, mind control and smart gloves. We’re exploring the interesting developments in the tech behind sensors. Plus: giving you a shortlist of our favourite startup jobs from the site this week! […]

Move over Elon Musk, you’re not the only one who wants to read minds!

Facebook unveiled their Brain API Beta at F8, aiming to “integrate people’s thoughts into the next generation of apps”. Given the less-than-discreet reputation Facebook has earned, this is understandably putting some noses out of joint (would you trust them with your thoughts?) But putting privacy or morality to one side (*fingers firmly in ears*), we instead want to look at the awesome tech behind the project. Their team of scientists and developers are treading new ground in both BioTech implants and “neural machine learning”. Thinking as positively as possible, the tech could completely revolutionise treatment plans for neurological disorders. Seems a noble enough cause?

Another group using sensors to potentially tackle the way we treat debilitating disease (and pick up weapons in VR video games) are the team behind the ‘Stretch-Sensing Soft Glove.’ This glove accurately captures intricate hand movements without the need for optical tracking (watch them show off the product and absolutely slam their competitors below!) Meanwhile teams at UC Berkeley and Stanford have both developed similarly thin sensors to track even more biometric data about us “glamorously” through our sweat! Shows just how versatile and open this field is. So, whether you’re prepared to deal with the ickier privacy concerns of neural implants, or just want your sensors to be plain sticky, it looks like this tech will be a major part of future wellness and health. Really it’s just common sense(or)!

Check out this week’s hottest jobs

Want to work with us?
Check out our vacancy for a Sales and Operations Intern – apply on the site if you think you can be our next superstar!