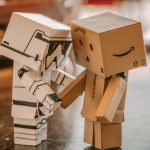 Are you completely operational and are all your circuits functioning normally? Good!

2001, A Space Odyssey references aside, it really has been a banner week for robotics news. Post-bank holiday, we (and seemingly everyone else on startup social media) watched in awe as a £700k robot tentatively picked a raspberry. This may seem a relatively benign field to throw groundbreaking robotics research at but, in a post-Brexit UK, farming and labour costs could potentially rise quite aggressively. So this is Fieldwork Robotics’ solution, boasting a 150% increase in yield when compared to human harvesters.

Meanwhile Ford is upping the ante in the delivery space with its new bipedal, startlingly humanoid robot named Digit. This guy can climb stairs, lift packages and (hopefully) do a generally better job than simply lose your countless ASOS parcels in a depot somewhere. It’s worth noting that this is a ‘research project’ with no established plans for roll-out, but having watched the video we wouldn’t be surprised if this changed in the near(ish) future.

And there’s another area where robotics could potentially change the game, or rather, change your game. The Metro published an opinion piece on whether romantic or sexual relationships with bots (!) are likely to become widespread given how many individuals find love online. Now, it is a bit of a leap of faith to assume the occasional hungover right-swipe will lead to a future a la ex-Machina. But it does open up an interesting discussion about how we combat the loneliness that can come from increasingly living life on the web…

Whether or not the encroachment of our shiny metal friends is good or bad for the human race generally, we know we want to be at the party! Check out Work in Startups for a whole host of robotics, machine-learning and AI jobs. Whatever your taste in future tech we have you covered!

Fieldwork Robotics have developed a robot that could revolutionise the fruit-picking industry in the UK.

Ford have developed a ‘research project’ with a bipedal delivery robot called Digit.

Interesting opinion piece about the potential for human/robot relationships.