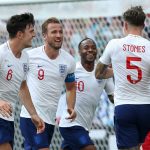 With the UEFA Euro 2021 tournament underway, the advances in technology to boost players and improve the overall fan experience, have been more important than ever.  “Which football fan doesn’t want to experience what a football player sees, feels, hears, and even senses, and – most importantly – how fast he kicks the ball?”  With […]

With the UEFA Euro 2021 tournament underway, the advances in technology to boost players and improve the overall fan experience, have been more important than ever.

“Which football fan doesn’t want to experience what a football player sees, feels, hears, and even senses, and – most importantly – how fast he kicks the ball?”

With the successively increasing intensity of matches, injury prevention is crucial. Zone7 takes into account 5 million hours of human performances in sports and operates with AI patterns in order to identify breakpoints or potential problems for the players and athletes. All based on tons of data and AI algorithms!

Southampton Football Club unveiled the world’s first kit to feature Augmented Reality. In partnership with Hummel, fans can scan with their smartphones to bring the shirt to life and experience exclusive content. Football really is coming (to the comfort of our own) home.

InCrowd exists to significantly improve the fan experience through digital innovation, leading and shaping the development of the sports industry to cater to the digitally-driven modern sports fan. Acknowledging that fans have different experiences with sport, they’ve identified 4 key fan experiences.

Football hasn’t been the same, but with the help of innovative tech, it could become better than ever before! 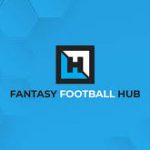 This week’s interviewee is Will Thomas, founder and CEO of Fantasy Football Hub (https://fantasyfootballhub.co.uk/) – an online community of Fantasy Football writers and playing enthusiasts. Set up two years ago, FFH seeks to capitalise on the rapid growth of a growing trend. That is, the millions of Fantasy Premier League managers glaring, square faced at […]

This week’s interviewee is Will Thomas, founder and CEO of Fantasy Football Hub (https://fantasyfootballhub.co.uk/) – an online community of Fantasy Football writers and playing enthusiasts. Set up two years ago, FFH seeks to capitalise on the rapid growth of a growing trend. That is, the millions of Fantasy Premier League managers glaring, square faced at their laptops into the early hours of Saturday mornings, agonising over the key decisions they must make each week ahead of the next round of Premier League fixtures.

To captain Salah or Sterling? Wildcard or bench boost? What rotation trick will Pep Guardiola pull on us this week?

Second guessing Guardiola is an impossible task, and is the perfect illustration of the endless choices available to Fantasy Premier League managers, which is a key reason the game has exploded over the last few years from a hobby for the ultra-keen football fan into a growing market all of its own.

From a game played by 76,000 users in the first season of the official Premier League version of the game, to one in which over 6 million participate in today, the growth has been exponential and shows no sign of stopping.

Websites, podcasts and a whole range of information are now readily available for obsessive football geeks battling it out to beat their mates on a weekly basis. The need to gain a competitive edge therefore has become increasingly important for the game’s loyal and growing following. Enter Thomas and the Fantasy Football Hub.

What led you to create your business?

I had been playing for a number of years and used to blog about Fantasy Football. I noticed that there were loads of different resources which I was using and was able to get an edge, which not that many people knew about. So that was the inspiration to create a fantasy football hub, where all this knowledge would be in one easily accessible place.

How have you monetised your website and grown it since it was set up two years’ ago?

We built a community of writers and incentivised them to share what they create to social media, providing them with commission for their work, which allowed the concept to grow (generating a lot of organic traffic for us). This contributor model continues to be a key revenue driver for us, but we’ve also developed a lot of own brand products now.

We are fortunate that the whole space is growing massively. With our model, we’re fortunate to  produce a dozens of articles and team eveals per gameweek from high calibre writers and managers.

Our main source of revenue is players signing up as subscribers to our site, and we get our main bulk of our member sign ups at the start of the season. The site has been going a couple of years now, and I went full time just over a year ago (February 2019). It’s still very much in the startup phase but growing and members are on the rise and the site hits continue to move in the right direction.

We also have affiliate partnerships with other startups, such as Footstock (a Fantasy Football / player trading hybrid). We’re growing very quickly and the partnership with Footstock is perfect as we’ve got their target audience base and visa-versa.

We launched a big crowd funding raise in August 2019. 18 months ago we had 500 subscribers but at the time of the crowd fund that had risen to around 3,000 (according to Seedrs FFH has a valuation of £1.7m after fundraising was complete).

Clearly FPL is a hugely growing market. A game played by 76,000 users in the Fantasy Premier League’s first official season 17 years ago now has over 7 million people playing every week. The need for players to have information and insider knowledge is increasingly important – so please can you tell us about the algorithm you’re developing on your site?

We have an algorithm spreadsheet on site, but are currently converting this into a points projection tool for our new app. There are various ways we can project performance using things such as spread betting odds, massive data and expected goals and assists to predict fantasy points.

Our goal is for the user to, in just a couple of clicks, to see how players are likely to perform in the weeks ahead.

Presumably having no football played for several months was not good for business. How have you found the impact of Coronavirus on your company?

The pandemic has not been great for us but it has allowed us to focus on the tech side of the business. And since the Premier League returned, we’ve seen a surge in traffic once again. Demand has not gone away, and in fact we usually wouldn’t see this level of activity at the end of the season.

What does your business look like in terms of the size of the team and your following?

We’re relatively small in core team of five – most currently working part-time. But then we have of over 50 contributors who I consider part of our team. We’ve also fortunate to have a brilliant developer who knows FPL inside out. It’s one thing getting a brilliant developer, but if they don’t know FPL it’s difficult to explain the nuances (so that they understand the user experience properly).

We also outsource different things –some website upgrades for example, and acquired a competitor, FPL updates, who we are looking to build in some automation for. If you want score and assist updates we’re developing a bot which produces this throughout the gameweek and will run on FPL Updates’ Twitter handle (98,000 followers). In terms of our own following, we have 35,000 twitter followers, 29,000 on Instagram and 12,000 on YouTube.

What one pearl of wisdom would you share with other would be entrepreneurs?

The biggest one for me is that if you have an idea you have to get it out there and test it, find out if it works and what parts of it work. That’s what I do throughout the business on day to day basis, (for example) a new article series people think may work. Does it get a good reaction? Do we get the site hits? If it’s unsuccessful we drop it.

It’s the same if we look to build a new tool – we’re looking to get our app out there at the moment and are looking to build something that’s (intentionally) not the finished article, so that we can test what works and what doesn’t. Rather than spending tens of thousands of pounds building an app with premium features and then finding out a day later that this isn’t what the user wants.

It’s crucial for anyone looking to start out in any start-up that you have to find out what works and what doesn’t. When I first had the idea (to create the website) I had it up in a week. But at the end of that week I had my first paying member (even though the website wasn’t particularly well designed, according to Thomas), so if someone was willing to sign up for this – which was very rudimentary, it was likely we were onto a winner. If you do things this way then you build it for your users rather than yourself.

Finally, the most important question of all. What tip would you give Fantasy Football managers going into the final gameweeks of the season?

I really like Manchester United and Manchester City. It’s not revolutionary news but they have brilliant fixtures, United in particular. They have fantastic form, the usual suspects would be Bruno Fernandes, Anthony Martial and Marcus Rashford. Aaron Wan Bissaka at the back (is another good pick).

Manchester City have more differential options. Kevin de Bruyne is the main man but maybe Riyad Mahrez or Phil Foden. Foden isn’t guaranteed minutes but he is only £5.2m (now £5.4m) and is looking very threatening with good numbers behind him, especially now Leroy Sané has completed his move (to Bayern Munich), so he should get some more minutes.