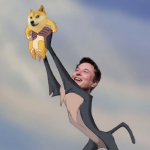 How did a joke become the start of the hottest cryptocurrency to date? Dogecoin, has quickly become the quirkiest cryptocurrency on the planet with an estimated value of $50billion is ruling the market.  But what makes it different and is it worth your investment? Created in December 2013 by a pair of software engineers in […]

But what makes it different and is it worth your investment?

Created in December 2013 by a pair of software engineers in Portland, Oregon, the duo attracted a niche group  of miners who started investing. Fast forward to 2021, its popularity has soared with their most prominent supporter being Elon Musk.

In keeping with Dogecoins investors, its active online community, mostly active on Reddit, has raised funds for many charitable causes, differentiating it from its fellow crypto competitors.

As of March 2021, there are more than 4,500 cryptocurrencies on the market and the amount of development and energy being put into virtual currencies has made it the best financial investment of the last decade. With that sometimes comes extreme volatility. Today bitcoin has become the benchmark against which other smaller cryptocurrencies are measured.

Whether or not this could be a smart investment, It’s hard to ignore the 6,000% increase it has seen in the past year. With Musk’s recent announcement of SpaceX using Dogecoin as an exclusive payment to launch ‘DOGE-1 mission to the Moon’, it has only given this meme coin more popularity, causing it to surge by 30%.

Ironically, not benefiting from the soaring growth of Dogecoin is one of its co-founders Markus. Selling all his shares and using the money to buy himself a Honda Civic back in 2015.